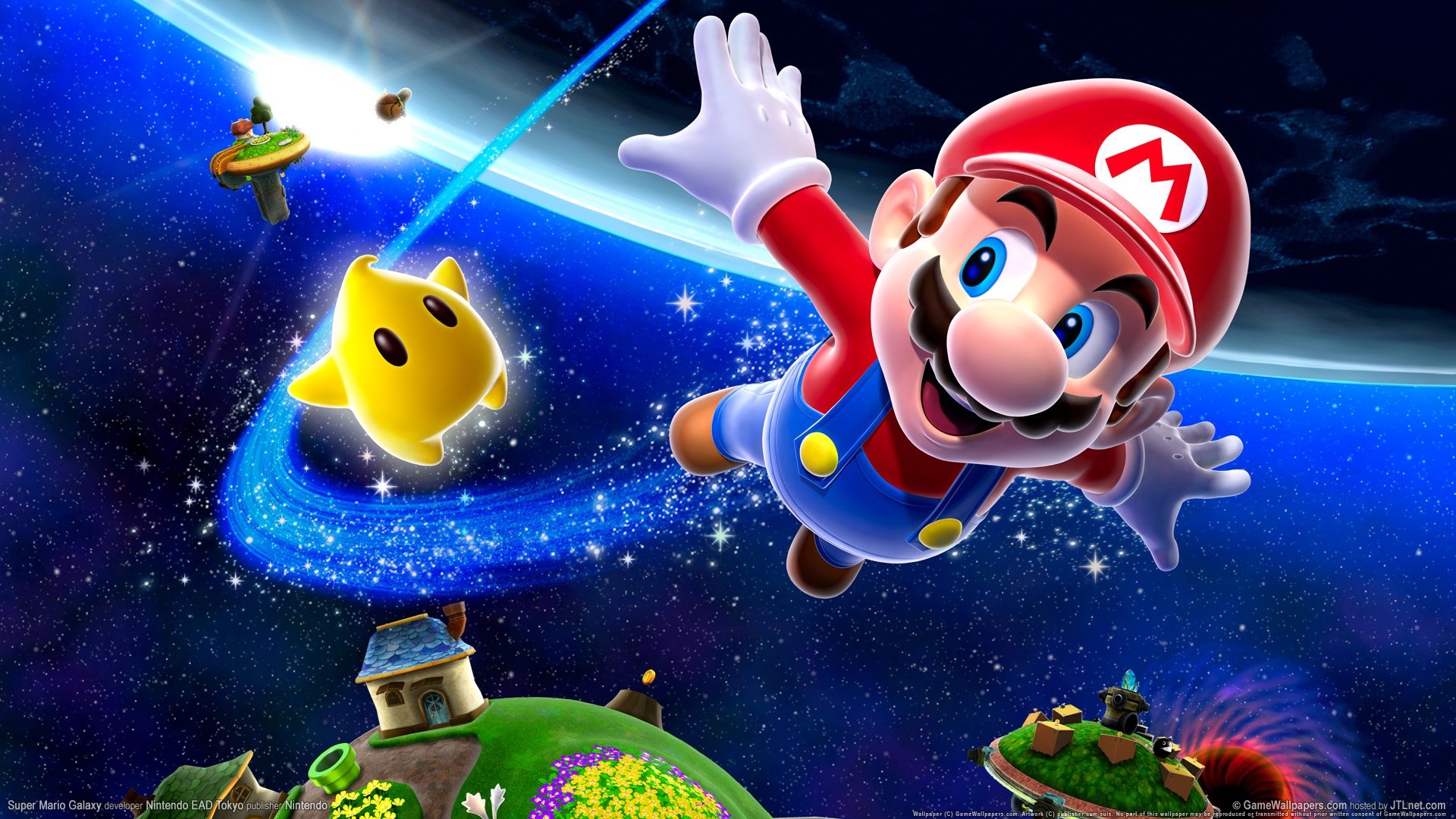 Super Mario Bros, designed and published 1985 by Nintendo for its Nintendo Entertainment System. The videogame featured gameplay that forever changed the way video games were designed. Super Mario Bros was truly a path breaking creation and was the first in its genre to feature different smooth scrolling levels, something which had never been done by other game developers. For the first time in video game, the story was given more importance and the gameplay was woven around it. Mario was loosely based on Popeye-Olive-Bluto love triangle. Bluto became a giant Gorilla and then Popeye became Mario, climbing stairs and leaping over barrels to rescue his "lady".

In its first edition, Mario the Italian plumber, must fight his arch enemy the the evil Bowser, who is the king of the Koopas and save the love of life Princess Toadstool. Luigi, Mario's fearless brother aids him in his quest in the two player mode. Mario and/or Luigi have to beat Bowser's minions and take control of the eight worlds (or levels) which comprise the Mushroom kingdom. If Mario is able to go through all the seven levels, he will be able to rescue Princess Mushroom in the eighth level.

Super Mario Bros is universally hailed as the largest selling video game to have ever been developed till date. It was in fact instrumental in making Nintendo Entertainment System such a huge success and also ended the slump in sales of video games in the United States.

In 1999, the game was re-released on the Game Boy Color, with the name Super Mario Bros. Deluxe. It featured a challenge mode and a multiplayer mode, but the visuals remained largely unchanged. However, the player could see what was going on above and below him by pressing the up and down key. Players could also simultaneously play as Mario and Luigi selecting the map screen.

Super Mario Bros. resulted in numerous sequels and rip offs and popularized the side scrolling video game genre. And this ultimate classic has now been released in new and exciting 3D version as New Super Mario Bros. - DS. Moreover, player can now go online and play with their friends as Mario or Luigi in the multiplayer mode.